India have won 1st T20 Match Against England by 8 wickets played at Old Trafford, Manchester, and have achieved a 1-0 lead in the three-match T20 series. England Bat first scored of 159/8, in response to India's achievement in the 19th over by losing just two wickets thanks to the smashed of KL Rahul (101 *). Kuldeep Yadav (5/24) was adjudged Man of the Match for his outstanding bowling. 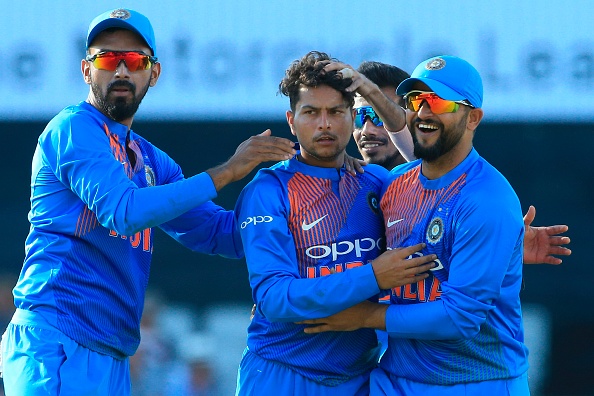 India won the toss and decided to bowl first, and Jos Buttler and Jason Roy (30) gave England a quick start. Both of them added 50 runs in 5 overs for the first wicket, but England's run rate slowed after the first wicket fell. Butler completed the seventh half-century in 29 balls and England's score was 100/2 after 12 overs. In the 14th over, Kuldeep Yadav gave England big stroke by dismissing captain Eoin Morgan (7), Jonny Bairstow (0) and Joe Root (0) this was the turning point of the match. One time England looks like to Make Score around 200 but all the team are speared in the front of Kuldeep Yadav Bowling. 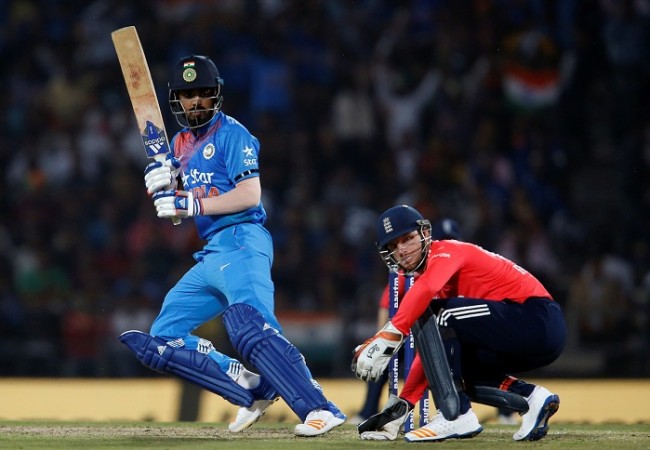 Alex Hales batted extremely slow and scored just eight runs in 18 balls. Jos Buttler was also dismissed for 69 in 46 balls and was dismissed in the 18th over. Moin Ali (6) also flopped David Wiley played a brilliant innings of 29 runs in 15 balls and helped the team cross 150. On behalf of India, Kuldeep Yadav took 5 wickets for 24 runs and only the third Indian bowler to do this after Chahal and Bhuvneshwar Kumar. Umesh Yadav got two successes and Hardik Pandya got a breakthrough. In the reply of the target, India started poorly, and Shikhar Dhawan (4) was dismissed in the first over, but after that, KL Rahul bat smoothly and hit all around the ground and made England out of the match. Rahul completed his second half century in just 27 balls and his second T20 international century in 53 balls. Rahul made a great partnership of 123 with Rohit Sharma (32) for the second wicket.

Rahul played an unbeaten 101 in Just 54 balls with 10 fours and 5 sixes, and together with captain Virat Kohli (20 *), gave the team a great win by remaining 10 balls. Both played an unbroken partnership of 33 runs for the third wicket.

Adil Rashid and David Wiley took one wicket each for England.

Virat Kohli completed his 2000 runs in T20 internationals, and doing so was the first and only fourth batsman in India to do so. KL Rahul made the effort to put two T20 international hundreds on behalf of India after Rohit Sharma. Now India lead the series by 1-0. Create free account online and Win lots of Amazing prizes during India tour of England. Place Free Bet on Your  Favorite Team India and If India win then you also Win Assured Rewards. Place Free Bet and Win Prizes online at India's Top Online Cricket Betting Site

Highlight of the India vs England 1st T20 Match