Today is 110th birth anniversary of Australian cricketer and greatest batsman Sir Donald Bradman. Born on August 27, 1908, Bradman is considered to be the greatest batsman of all time. Bradman's Test had an average of 99.94, which is still a world record. On Bradman's birth, Google has also made a doodle and has saluted them. 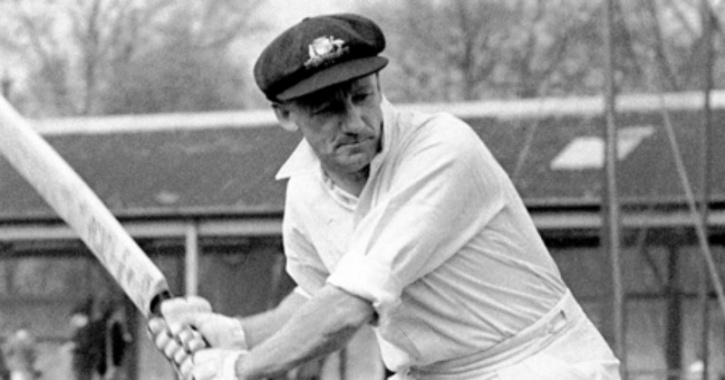 Bradman scored 6,996 runs in an average of 99.94 in 52 Tests Match and Just Play 80 Innings. His name was 29 centuries. He used to average a century in every third innings. Although Bradman missed the average of 100 in International Cricket, but his average in Sheffield Shield was more then 100. In Sheffield Shield's 96 innings, his average was 110.19 and his highest score was 452

The greatest batsman of Test history, Sir Don Bradman, missed out at zero during his last Test match against England, from 14 to 18 August 1948, and missed a wonderful average of 100. Australia captain Bradman had played his last Test in the Ashes series against England in the Oval from August 14 to 18, in 1948. He needed just four runs to complete seven thousand runs in Test cricket and to get an average of 100. Everyone expected that Bradman would score four runs and make his average 100+ will also make his name but Bradman became bold on his second ball on the first day of the match. England Leg spinner Eric Hollis made him bold.

Sir Don Bradman has a record of 974 runs in a Test series (5 matches), which has not been broken anymore. Apart from this, Bradman is the only batsman to score a triple century (309) in one day.

Sir Donald Bradman, the greatest batsman of cricket history, hit a century in just 22 balls at one time. At that time, there was one over eight balls and Bradman's century was just 22 balls. The match was played between Blackheath XI and Lithgow XI in Blackheath City. This match was organized on the occasion of the launch of Blackheath Wicket. For this match, Bradman and his New South Wales wrestler Oscar Weddell played as a guest for the Bill Blackheath team.